You will be logged off in  seconds due to inactivity. Click here to continue using this web page. 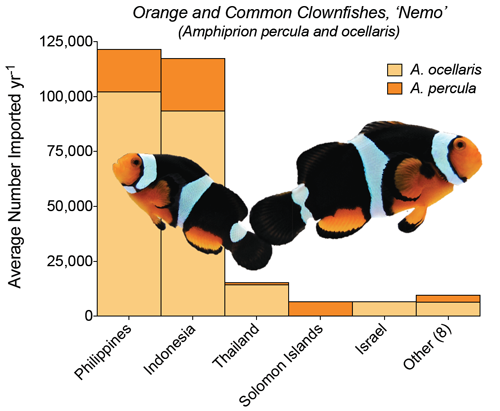 Looking for Nemo? We found him!

Clownfish, or anemonefish (family Pomacentridae), are some of the most iconic fish species on tropical coral reefs, where they live symbiotically with giant sea anemones. Currently there are 30 described clownfish species living among the tentacles of ten species of giant sea anemones throughout the warm, shallow (<50 m) waters of the West Pacific and Indian Oceans. Most of the clownfish in the trade are captive bred, but wild clownfish are commonly imported into the US for home aquariums from the Philippines. The United States produces upwards of a million clownfish a year, but clownfish are also cultured in Indonesia, United Kingdom, Israel, Sri Lanka, Thailand, and other countries. The data in our database does not distinguish between wild and captive bred clownfish

Read more about the global trade of clownfish by RET TALBOT
Analysis of clownfish imports by AQUARIUMTRADEDATA.ORG

Looking for Dory? We found her!

Dory is a blue tang (also called the regal tang, hippo tang, palette surgeonfish, Paracanthurus hepatus). Most of the blue tangs imported into the US for home aquariums come from the Philippines or Indonesia. Blue tang should be considered an advanced species to care for in home aquariums. Contrary to what popular movies may say, tangs are very difficult to breed in the laboratory. IT IS ALSO CRITICAL TO NOT RELEASE ANIMALS BACK TO THE WILD.

Read more about DORY AND THE TANG DILEMMA
Analysis of tang imports by AQUARIUMTRADEDATA.ORG 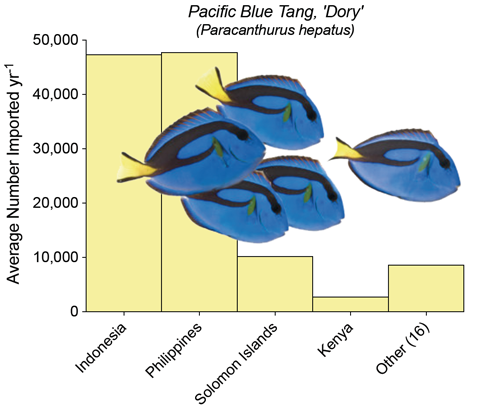 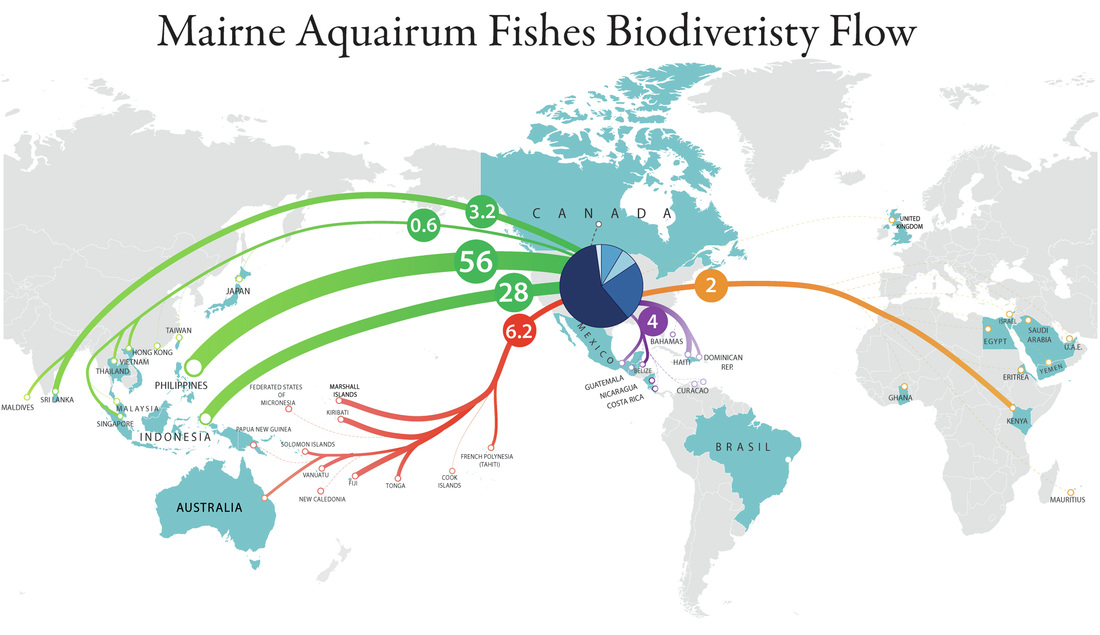